Lucia di Lammermoor is a tragic bel canto opera along the lines of Romeo & Juliet, but set in the Scottish highlands. A ruined love story where boy meets girl, girl is forced to marry someone else by her brother, girl murders unwanted husband and dies, prompting boy to commit suicide.

I worked in collaboration with costume designer Deirdre Clancy and director David Penn, to come up with a design that could work in the challenging environment of the temporary marquee.

There were no wings or flytower and so the stage had to be entirely self contained. The solution we came up with was a system of panels that could be opened and closed in various formations to create many different notional spaces.

Michael Tanner’s review in the Spectator said “It is a triumph, almost without qualification. The staging is unobtrusive but perfectly effective, all the dramatic moments in a work full of them emerging with an impact I haven’t experienced before.” Rupert Christiansen says it was “wonderfully involving” in his four star review in the Telegraph. 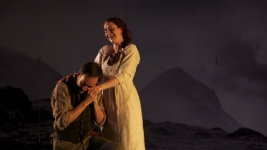 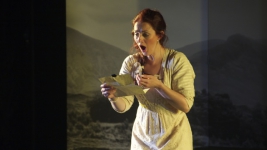 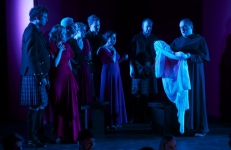 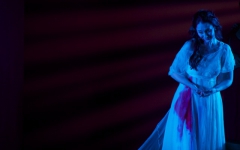 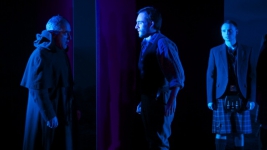 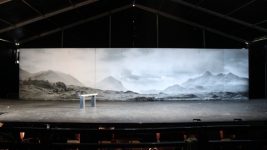 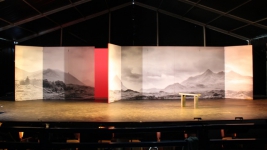 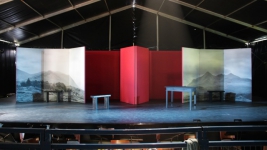 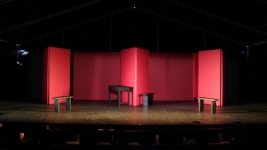 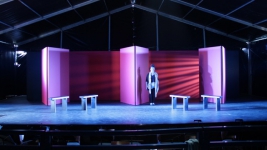 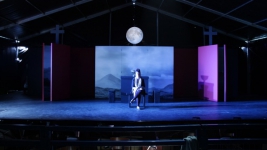