The classic relationship between the Harlequin and the Pierrot, played out by a stop-motion rabbit and a postman.

Postman’s Familiar stop-motion animation came from collaboration with Serafina Steer. After a commission from PRS and Branchage Film Festival. The premiere performance took place in Jersey as a key headline event of the Branchage Festival, at Ebenezer Church in rural Trinity, and was followed by a performance at the Hackney Picture House, London on Friday the 13th of January 2012.

It has since been re-edited and had a new version of the sound track added, which was partly from a live recording taken during its re-premiere as part of the London Short Film Festival event at the Horniman Museum. 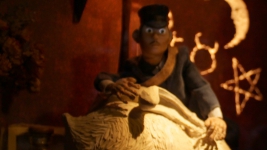 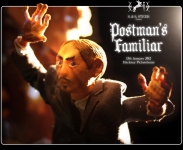 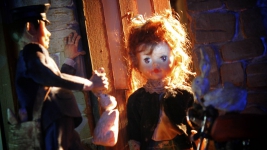 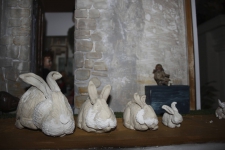