GIVE ME BACK MY BROKEN NIGHT – STRP EINDHOVEN

Here are some images from a collaborative project with Uninvited Guests, Michele Panegrossi and Duncan Speakman at STRP festival in Eindhoven.

For the first part of the performance, we showed animate drawings I had done overlaid on realtime video of the spaces the actors were describing, so that the visions of the future appeared as they were being described and the audience could move their devices around to take in the whole view.

The live drawings came at the end of the AR tour through the past and future of this ever-changing area of Eindhoven. After seeing and hearing utopian and dystopian visions the audience were asked to imagine the future for themselves whilst I covertly overheard their conversations. I would then draw (very quickly) a rough sketch of the things they were describing which would then appear again on their devices so they could look around it as it appeared in the space in front of them. 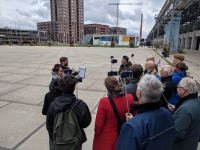 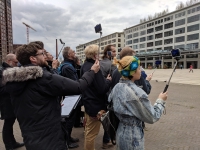 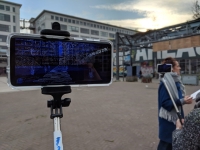 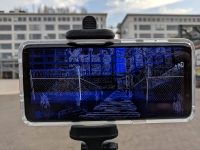 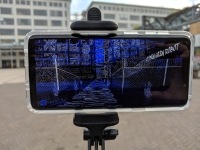