The starting point in the design process was Brassai’s beautiful yet seedy photographs of Paris bars, brothels and bordellos of the 1930’s.

Winslow hall opera comes with restrictions of time, space and money, therefore it was important to be efficient in our use of these commodities. So it is a deliberately simple set that relies on creating notional suggested spaces with easily understood visual metaphors.

The emotional space of the story has been distilled down to three things. The Art Deco frame walls, the mirrors and the gold floor. Each in their way offering, in some cases quite literally, a reflection of the psychology of the narrative.

The Art Deco frame walls were inspired by the front windows of Claridges. They are basically see through, but create a facade. Which is an interesting metaphor for the life or a courtesan who creates such a facade every day. Yet as we see in Violetta’s case there is so much going on beyond the surface.

Similarly the mirrors not only directly reference the Brassai’s pictures of Parisian bar life, but they also help to confuse the line between surface and what goes on beyond. Allowing us to look back into the narrative from another viewpoint.

Lastly the gold floor is what turns it into a magical space symbolic of Violetta’s ambition for a better life.

Overall we are trying to create a sympathetic space to represent the mental state of Violetta with metaphors for the split personality that one might assume is highly necessary for a woman in Violetta’s profession. 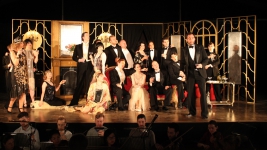 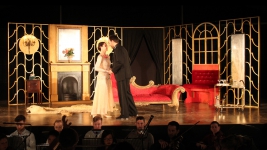 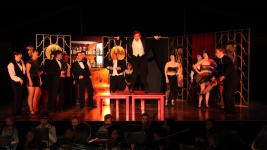 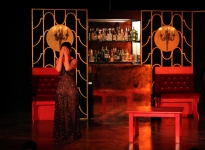 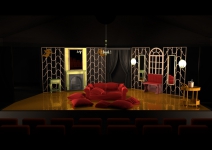 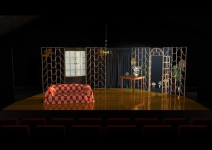 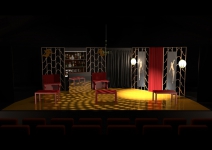 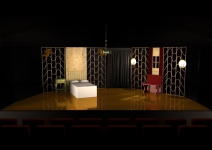